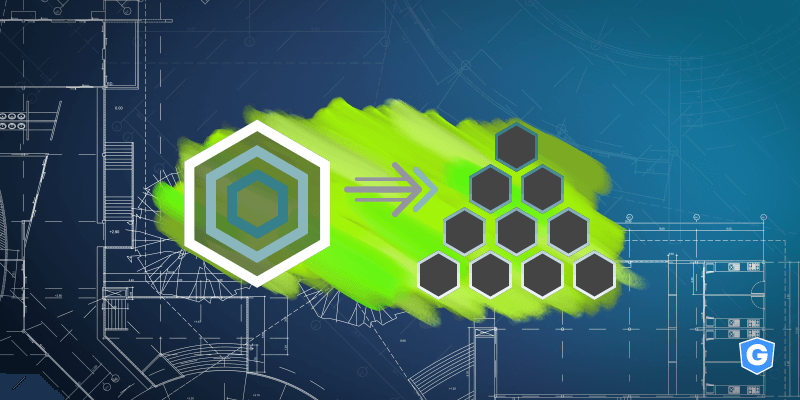 Microservice architecture is based on a modular approach. In practice, this means developing a system in small parts, the so-called microservices, which are usually placed inside containers. Each container is an isolated, standalone environment, containing codes, binaries, libraries, and whatever else is needed. This allows, for example, the developer to work more easily with different types of programming languages within the same system.

On the other hand, we have the development of systems and software based on monolithic architecture. In this model, the system’s parts are all dependent on each other. They’re designed to work together all the time. If the developer needs to make changes to only a few parts of the system, he’ll need to update the system as a whole.

Due to its characteristics, microservice architecture has become quite popular over the years. Here at Gatefy we’ve adopted microservices and containers for our email security solutions’ development. Other large companies also work with microservices in other areas, such as Amazon and Google. It’s not difficult to understand why. Take a look at our list.

We’ve compiled a list of 7 benefits of microservices to help you understand a little more about this way of building applications and software, and also understand the reasons why we adopt this model at Gatefy. You’ll soon realize that, in fact, one benefit is the extension of the other, an unfolding, which makes microservice architecture even more interesting.

1. Simplicity to deploy and update

One of the great advantages of microservices is to simplify systems’ deployment and updating processes. Because it’s based on independent containers, the system can be easily modified. For example, if a problem occurs in a microservice, the rest of the system won’t be harmed as the issue will be handled in isolation.

2. Flexibility to use different technologies

An advantage of microservices is the flexibility that allows different programming languages, structures, and environments to be used within the system. Thus, the system can be designed in such a way that all its parts have the best answer and performance possible.

3. Scalability to modify or add resources

Since the services are divided into small parts, microservice architecture provides scalability as you can modify features and resources or add new ones to the system without having to deal with its core, preventing problems and conflicts.

Availability is a system’s ability to continue working. Microservice architecture is linked to high availability because it allows the microservices to be replicated according to the system’s needs and purposes.

Redundancy is an unfolding of availability. It basically refers to a system’s capacity of having a backup ready to be put to use in case something goes wrong with the primary system. Microservice architecture turns redundancy into a very simple and fast feature. We’ve decided to give it special prominence to make it clear that solutions based on microservice architecture have a high capacity to keep operating and be available to their users.

6. Agility to process and change

Basically, agility is an advantage of microservices for 2 reasons. First, the containers make the process quick. It’s simple to upload or turn down microservices. Second, as the parts work singly, it’s much more agile and easy to change the system or even add new features.

7. Independence to gain in optimization and productivity

The fact that each microservice is developed and managed independently allows developers to optimize the code and every part of the system. In addition, productivity is an advantage of microservices by allowing different teams to work on different system components at the same time.

To finish, in general, we can define microservices as being an easier structure to maintain and manage systems than monolithic architecture. Due to its modularity, microservices offer benefits such as simplicity, flexibility, scalability, availability, redundancy and even increased agility and productivity.

These features may be in the system you’re subscribing to or purchasing and, therefore, have a direct relationship to your company’s routine. Just think about it.